Perfection is the enemy of done

Home » Perfection is the enemy of done

Good morning everybody. How you doing? Hey, today. Oh, I’m Bill Jones. I am the cohost of Black Belt Tip, a martial arts and a pop culture podcast that can be found on iTunes and the google play app. I’m also the head instructor and owner of Top Level Martial Arts in downtown Cuyahoga Falls. It is a beautiful wintry morning, cold air, but still nice outside. So today’s podcast is about perfection. It’s a little mini cast. If you haven’t seen one of these before, what I talk about here is how to become a black belt in life, right? So tips and tricks that I’ve learned from like the most successful humans I’ve ever met. So this next one is about perfection. And let me ask you if this has ever happened to you, and if it has, do me a favor, comment below.

Like, “once I get all the bills paid. Once the kids are all settled in their schedules. Yeah. That’s when I’m going to do it. That’ll be the perfect moment.” Or maybe it’s like, “okay, you know what? I don’t think the timing is quite right. I got to wait for exactly this to happen”. You know, and I want to give you a saying that someone who’s very successful, he’s a successful author named Michael Massey. He said to me one time, he said, “You know what, Bill, perfection is the enemy of done.”

And I thought that was just a great quote. And I’ve used it ever since. And General Colin Powell, for many of you who don’t know him, former secretary of state, also a general in the first war against Iraq, Desert Storm, said that he’s ready to move and take action on when he has his little as 40% of the information that he would like to have. 40%! He’s willing to take action on. Guys, that’s because these successful people know that if you wait for the timing to be perfect, if you wait for everything to be perfect, you’re going to be waiting forever. You’ll never do it. And so this is an important thing to keep in mind. And again, I don’t care what you’re waiting for. If you wait for it to be absolutely picture perfect, it’s just not going to happen. So what do would we do then?

Well, you have a couple options. You have to either accept that you know things aren’t going to be perfect and go, just go accomplish your goals. Or you have to redefine what you think is perfect, right? Like you need to say, okay, well when I have, if this is the perfect situation, when I’m like, when we’re like 70%, it’s go time. You know, whatever it is, you got to take a risk. You got to go because perfection is the enemy of done. If you wait for timing to be perfect, you will never do it. Has that ever happened to you? Have you ever, you’re waiting for something. Are you trying to accomplish something and it just doesn’t seem like it’s ever going to happen. You’re probably waiting too long. You’re probably waiting for perfect and perfect doesn’t exist, people, it doesn’t exist.

Thanks for watching guys. I’ll talk to you later. Have a great day. 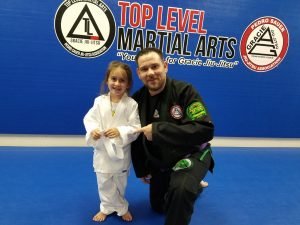 How to change your child’s behavior

Relieves stress, builds confidence and has a great community! Classes available for ages 4 to 104.